A town of beautiful parks, lavish architecture, and unique landmarks.

Grand Hotel Adriatic is located just above the famous seaside promenade Lungomare, close to everything. A magnificent historic park and Villa Angiolina, the St. James' church and park, Art pavillion, Girl with a Seagull, as well as a summer stage and the Walk of Fame are all just footesteps away from your accommodation.

St. James' Park is certainly one of the most beautiful Croatian parks. Think of it as a lush, green heart of Opatija. Inside it, St. James' church stands on the spot of the former Benedictine abbey. As the town grew around the abbey, it became known as Opatija (Croatian word for an abbey).

Take a stroll through this verdant oasis filled with color and sweet floral scents. Walking beside the tended lawns strewn with bay leaf patches, Atlas cedar, and palm trees, you will notice many exotic plant species, such as Indian bay leaf, Trifoliate orange, Tea olive, and Caucasian fir.

Located at the park's lower end, just beside the sea, Juraj Šporer Art Pavillion pays homage to a famous Croatian physician who first envisioned Opatija as a health tourism destination.

During the Austro Hungarian rule, the pavillion housed a renowned pastry shop called Gerbeaud, fashioned in the likeness of Cafe Gerbeaud of Budapest. Fresh pastry and cakes were brought daily from Vienna and Budapest, or so the enterprising owners used to claim.

A Neo-Baroque fountain can be seen in the parks upper end. A famous work of Hans Rathausky showcases statues of Helios and Selene, ancient Greek sibling deities of Sun and Moon. A rooster sits between them, representing dawn, a brief moment when night and day meet.

Villa Angiolina with its namesake park is another gorgeous Opatija's landmark. Villa was the first country house in Opatija and its construction marks the birth of Opatija's tourism. It is also a testament to a sad love story. In the mid 19th century Higinio Scarpa, a respectable patrician and merchant from Rijeka, bought the property on this green "peninsula", built a grand summer home surrounded by an enchanting garden and named it after his beloved, deceased wife, Angiolina.

In the years that followed, his sea captain friends brought many exotic plants from their travels to the far reaches of the world. Today, more than 120 plant species adorn the park, making it a true botanical garden as well as a lovely spot for a stroll.

The villa is now home to the Croatian Museum of Tourism. Visit it to learn more about the development of tourism in Opatija and in Croatia.

While exploring the museum, you might come upon Madonna del Mare, a sculpture of Mary commissioned in 1891 by the parents of a young man that lost his life during a storm at sea near Opatija.

The sculpture once stood on a seaside rock on the Lungomare, until it was itself, by a curious twist of fate, damaged by a storm. The fullly restored statue now resides in the museum.

The Girl with a Seagull now stands in its place. A sculpture by Zvonko Car became u true symbol of Opatija and Kvarner Bay.

Beneath Angiolina Park you will find Opatija summer stage. A blend of unique ambiance and surroundings makes it one of the most beautiful in the Mediterranean.

From June to September it hosts various open-air events, movie and musical festivals.

One of the most impressive edifices in Opatija is the Church of the Assumption of Mary, known among the locals as the Big Church.

A triple naved Neo-Romanesque church located above Slatina beach is a design of the famous Vienese architect Karl Seidl, built with Kastav masonry.

The construction bagun in 1906, but due to many interruptions, some parts are not finished to this day.

Just a few steps from the church lies a masterpiece of park architecture known as Amerikanski vrtovi (American Gardens). Thgis lavish historic garden features semi-circular terraces connected by a central stairwell. The park was a gift to lady Hilda von Hortenau by her husband in the first half of the 20th cenutury. The name celebrates the country where he made his fortune.

Spanning more than 9000 square meters and offering a spectacular panoramic view, this park is well worth a visit during your stay.

A jewel of Croatian gastronomy

One of the most enticing lures of the Opatija’s Riviera is its gastronomic offer. It is truly the pinnacle of Croatian gastro destinations and a region with the largest number of premium restaurants in the country. 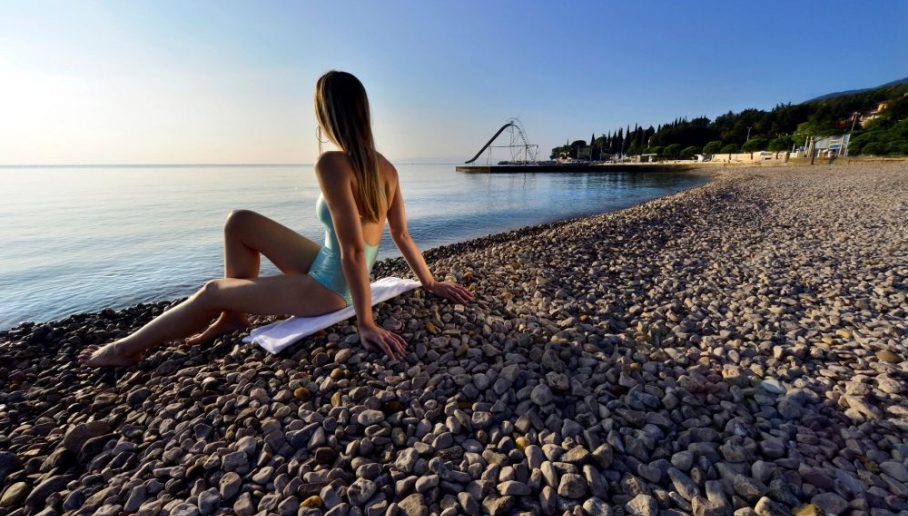 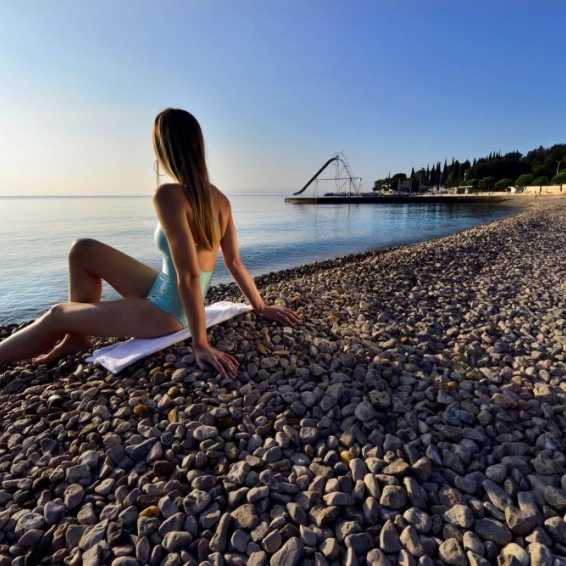 Choose your favourite beach from the celebration of life hotspots to the secluded, private oases. 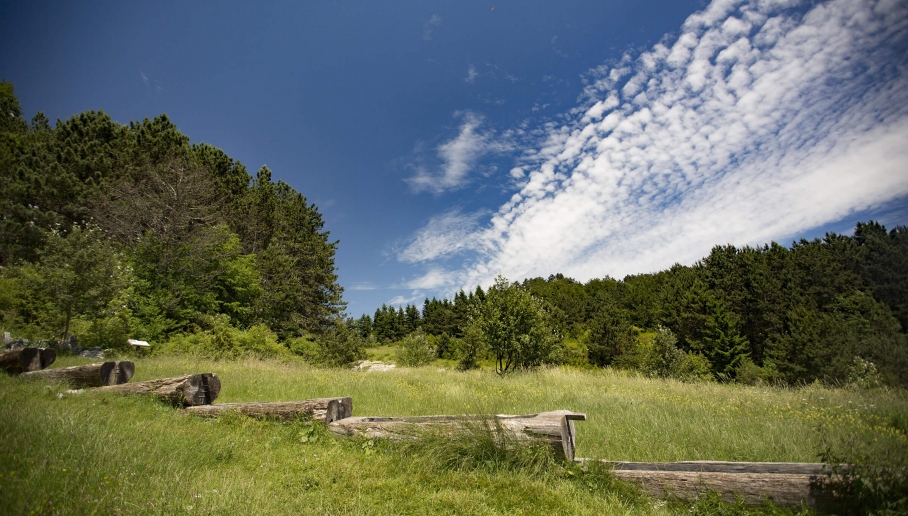 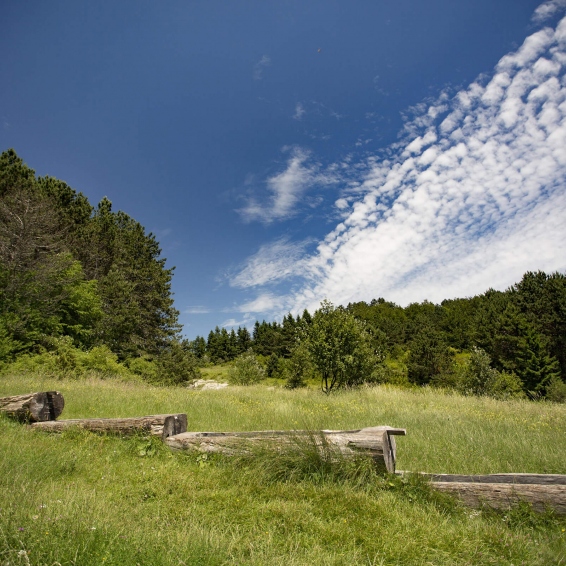 Ready to explore? There is plenty to discover around Opatija. 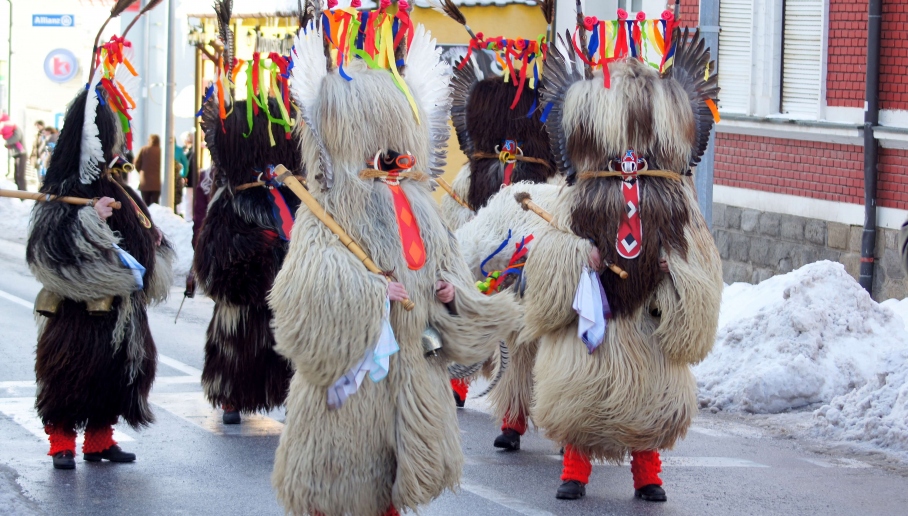 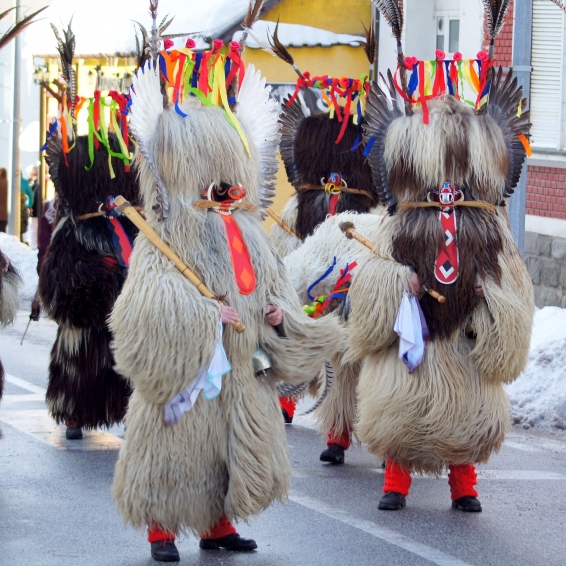 Mix, mingle, and see what the buzz is all about.